The history of mosaic dates back to the second half of the IV BC — time, which dated construction of palaces and temples of Mesopotamia Sumerian cities

Mosaic is composed of the baked clay sticks, cones «zigzags») 8-10 cm long and 1.8 cm in diameter, that were put on a clay solution. The image formed from the ends of the cones, which were painted, usually red, black and white. Usually it was geometric motifs: diamond, triangle.

Cone mosaic courtyard from Uruk in Mesopotamia 3000 BC 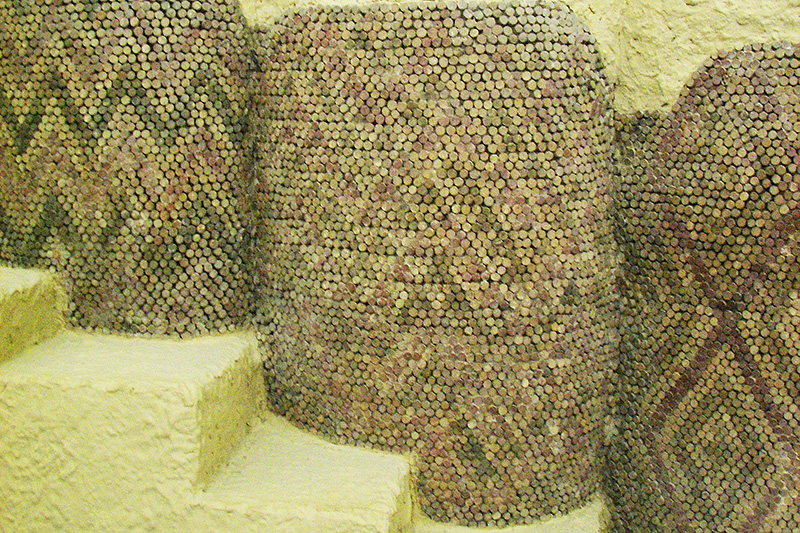 The heyday of ancient mosaic falls on the Hellenistic age, when apperars technology of splitting stones and colored glass became available. This made it possible to reach the picturesque realism of the images and to use a virtually unlimited range of colors. Most known ancient monument, where splitting technique was used is a mosaic of the Sicilian city Morgantina (III century BC). 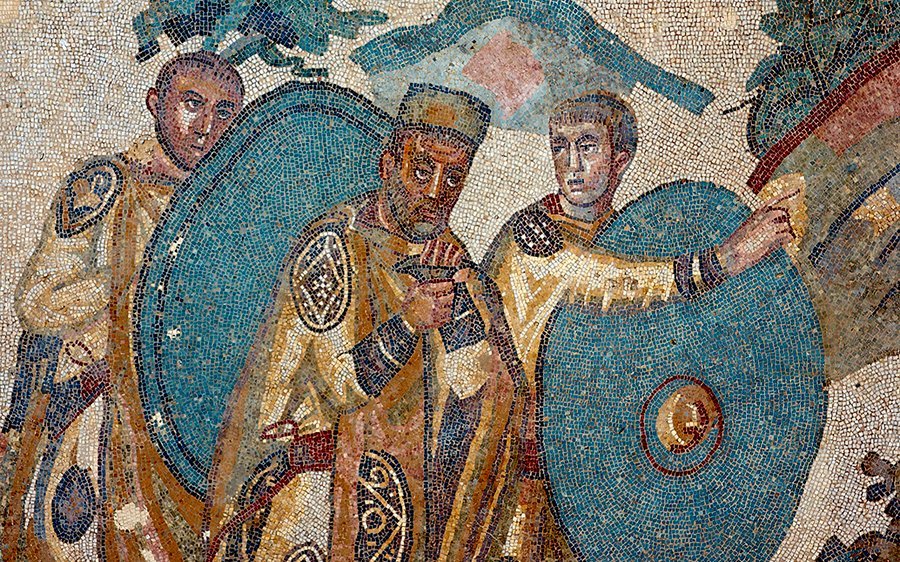 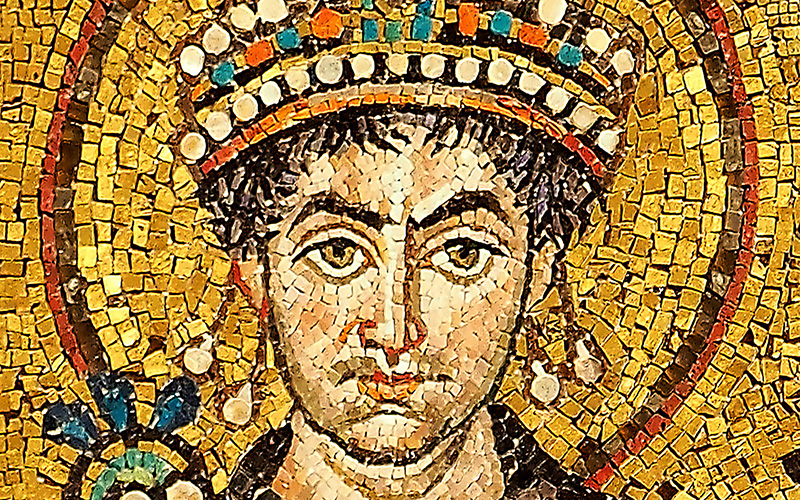 Rome in the Middle Ages

The last great period of Roman mosaic art was the 12th–13th century when Rome developed its own distinctive artistic style, free from the strict rules of eastern tradition and with a more realistic portrayal of figures in the space. 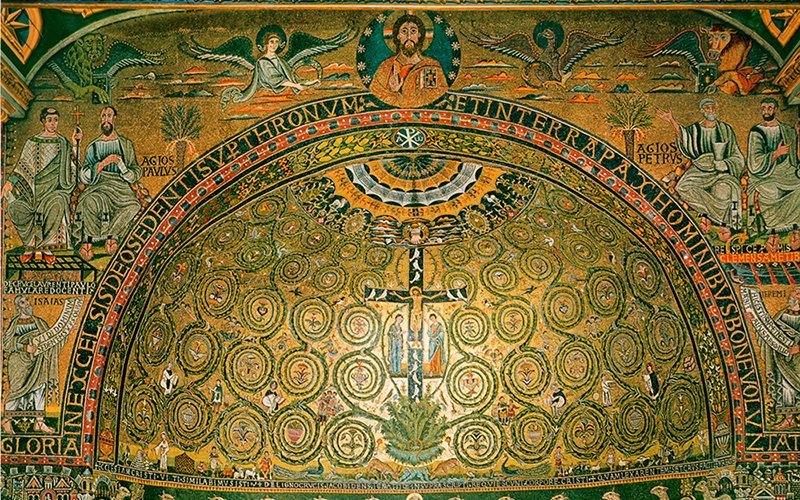 Mosaic is widely used in the design of the palaces in the East. All significant architectural buildings were richly decorated with wall paintings, that was the most popular type of painting technique. Wall paintings were on a variety of topics: flower and geometric designs, scenes of hunting, battles,drawings, etc. Mostly used colors like blue, red, gold, yellow.

The house of rich sart around Samarkand 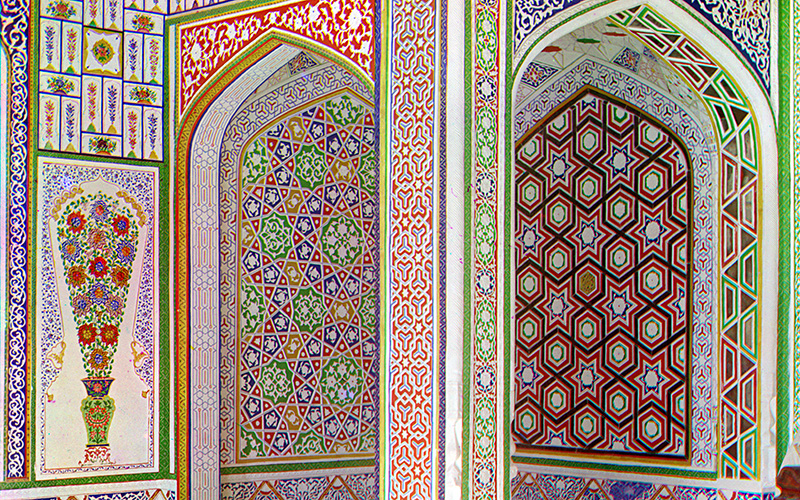 Facades of buildings in USSR were often decorated with mosaics. The monumental murals still exist in many cities. They depicted heroes of labor: astronauts, miners, steel workers, mounters, milkmaids on the way to a brighter future. In Soviet times, government did not spare funds on this kind of art. Even small bus stops were decorated with colorful mosaic paintings. 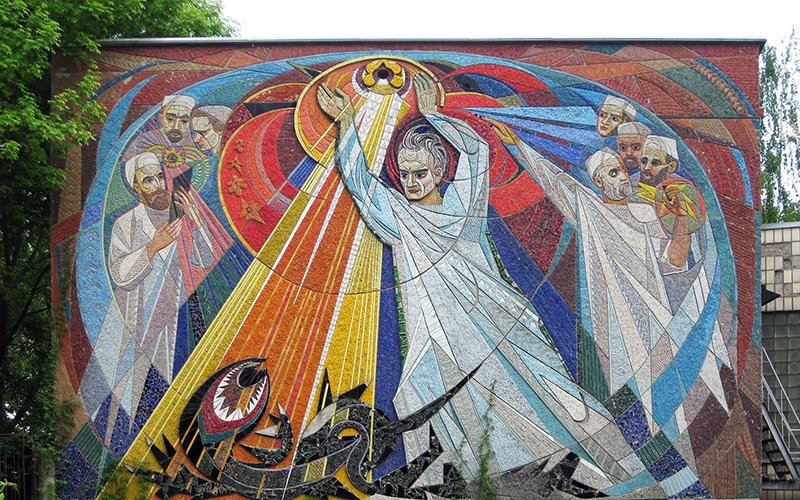 Mosaics have developed into a popular craft and art, and are not limited to professionals. Today's artisans and crafters work with stone, ceramics, shells, art glass, mirror, beads, and even odd items like doll parts, pearls, or photographs. While ancient mosaics tended to be architectural, modern mosaics are found covering everything from park benches and flowerpots to guitars and bicycles. 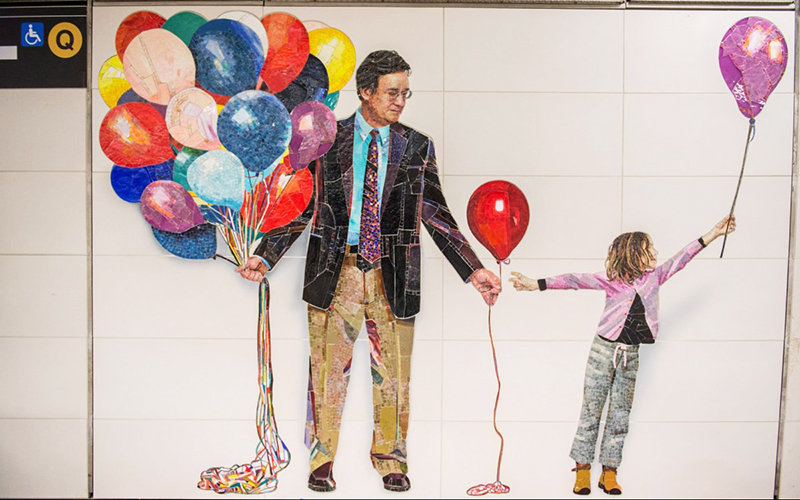